WELCOME TO SUCH LOVE

This site is intended to publish the amazing news that Jesus Christ came exactly as was foretold in over 500 prophecies prior to His birth. His death paved the way for us to access the heavenly Father and live a life of abundance. God is Holy and pure in every way. We, by nature, are unholy and impure. We do not meet the standard to be in close contact with God. So Christ took our wrongs, our sins upon His own body and paid the price for us by allowing Himself to be sacrificed. To all who would open their hearts to this fact and are willing to accept that Christ died for them, to them are given the beginnings of a new life. A new life in which we begin a journey of knowing who were are in Him and what we have been put on this earth to do.

A regular blog is uploaded to the site which you can receive my email if you would like. Within each blog, there is a poem relating to the subject of the day. These poems were written by the late Andrew Feakin who passed away on the 16th March 2019. Throughout his life, Andrew wrote over 6,000 poems relating to faith and the Bible. That equates to 2-3 poems a week for over 40 years! Before his death Andrew stated, ‘I don’t know why I’ve written so many poems, no one is really interested in them’. But as the scripture states, ‘unless a grain of wheat falls to the ground and dies it remains alone, but if it dies it produces much grain,’ John 12:24. Often it is upon the death of person that their life works is appreciated. Many of these poems are so obviously inspired and have impacted many lives.

The blogs are also accompanied with a photograph. I have always been a keen, amateur photographer and love to walk taking snaps as I go. There are tremendous benefits of spending time outdoors. Lots of studies have proven that even viewing a scene of nature improves our mental health. Even looking at still images of nature is enough to lower our stress levels. Such is the wonder of God’s creation. And so I hope and pray that this site brings you closer to the Father who is calling all His prodigals home.

WHAT ON EARTH HAVE WE DONE WITH THE TEACHINGS OF JESUS?

Jesus foretold the issues we are facing now.  He said that in the last days we would face epidemics, famines and earthquakes.  He came to deliver the most important message to humankind.  But what did He say? I felt compelled to  study His Words and have categorised them and placed them into a handy Pocket Guide.

As the world spirals more and more out of control let His Words comfort your soul and bring peace to your mind.  On this website you can receive your own free download of the Book entitled ‘What on Earth have we done with the Teachings of Jesus?’ or order your own hard copy. You can also follow my regular blog as I delve more deeply into the Words that He spoke.

GET YOUR BOOK HERE 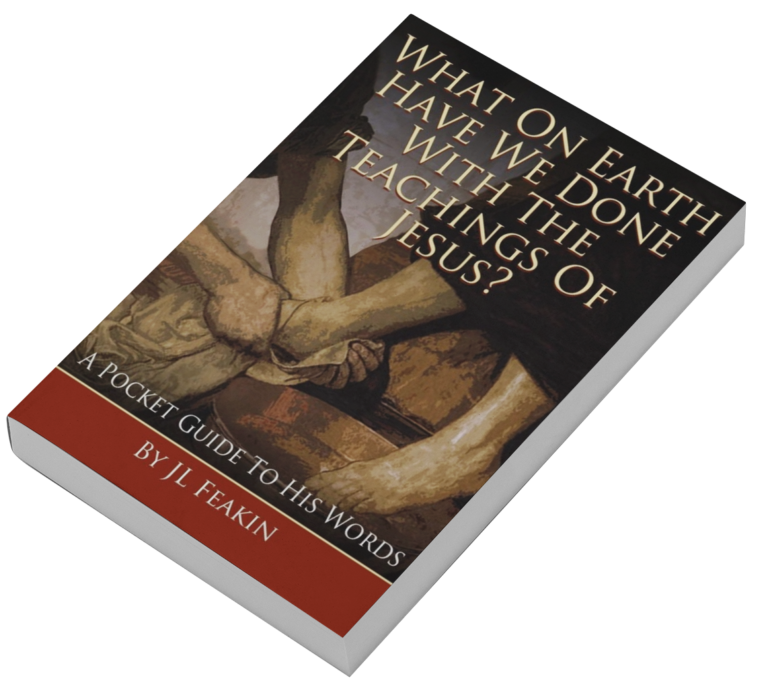